In this blog post, we boost our Sitecore development environment by launching multiple Solr nodes, coordinated by ZooKeeper within a Docker container

Using Sitecore's starter Docker files, we get a single Solr instance, running in SolrCloud mode with a single node.

While this is fine for development testing, it is handy from time-to-time to experiment and test with more production-like Solr topologies.

Let's refresh ourselves with guidance from Sitecore and the Solr project on what a good Production architecture looks like. 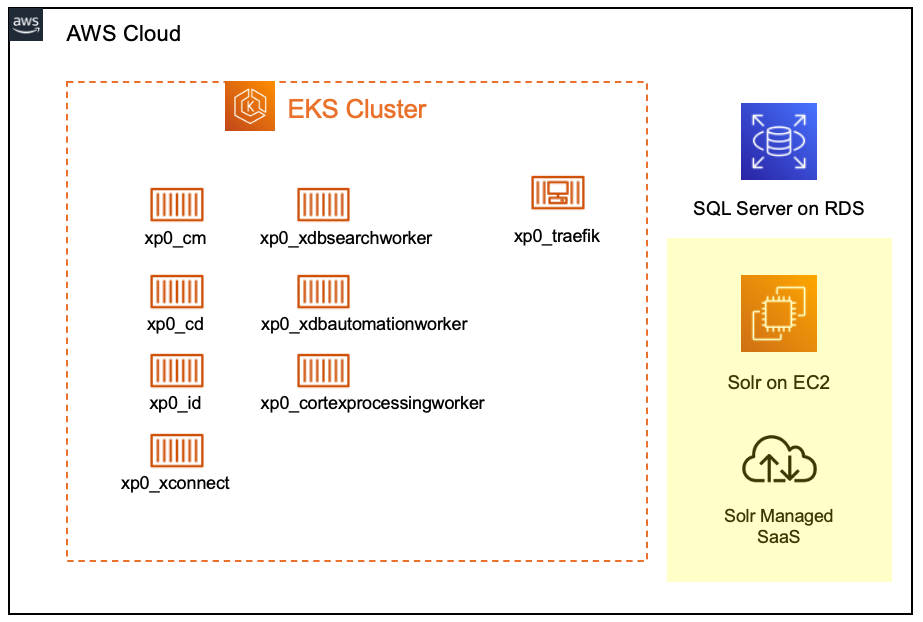 "Although Solr comes bundled with Apache ZooKeeper, you should consider yourself discouraged from using this internal ZooKeeper in production.

Shutting down a redundant Solr instance will also shut down its ZooKeeper server, which might not be quite so redundant. Because a ZooKeeper ensemble must have a quorum of more than half its servers running at any given time, this can be a problem.

The solution to this problem is to set up an external ZooKeeper ensemble." 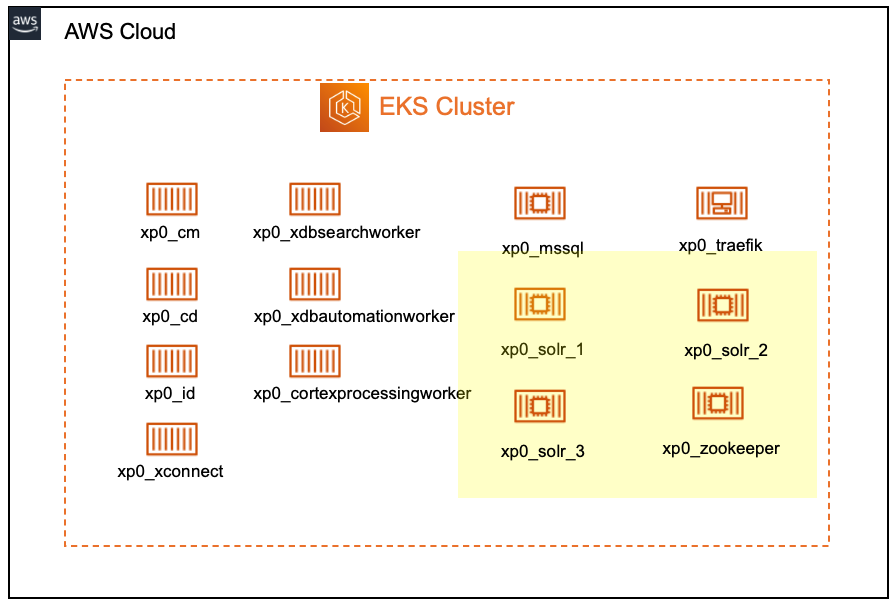 Your redundancy requirements will determine exactly how many ZooKeeper and Solr nodes you use in a formation, but the foundational step for our local development environments is creating a separate ZooKeeper instance (within a container) and use that instance to manage our Solr instance (in a different container)

Creating a Windows ZooKeeper image to use with Sitecore#

While there are plenty of Linux ZooKeeper images on DockerHub, we need a Windows-compatible image to run alongside our other Windows Sitecore containers.

I ended up building my own image, and have included the Dockerfile for you, below, should you want to use it for your own development environments.

Here are some choices I made when creating the Dockerfile:

So, without further ado, let's build the image

Adding ZooKeeper to your docker-compose.yml#

To illustrate how we can use ZooKeeper and multiple Solr nodes in our development environments, I'm working with the Sitecore Docker Examples getting-started fileset. If you're working along with the examples, check that repository out and edit the files in docker-examples/getting-started/

Open docker-compose.yml and add the following service definition above solr

Replace your solr service definition with the three definitions below. They're mostly the same as the definition we're replacing, with two differences:

OK. Now that we have a docker-compose.yml file with 1 x ZooKeeper and 3 x Solr nodes, let's run our containers.

Check the status of your SolrCloud#

Navigate to the Solr UI at http://localhost:8984/solr/#/. First, check Cloud > ZK Status to make sure ZooKeeper is happy. 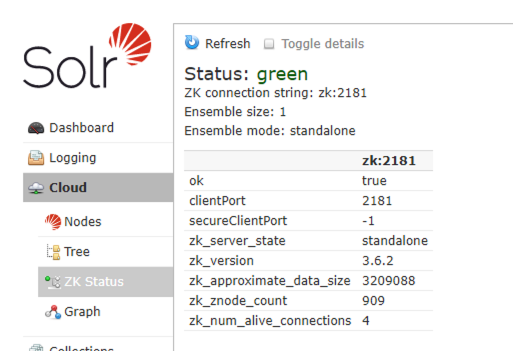 Next, check Cloud > Nodes. Here, we can see which Solr nodes are hosting which collections. 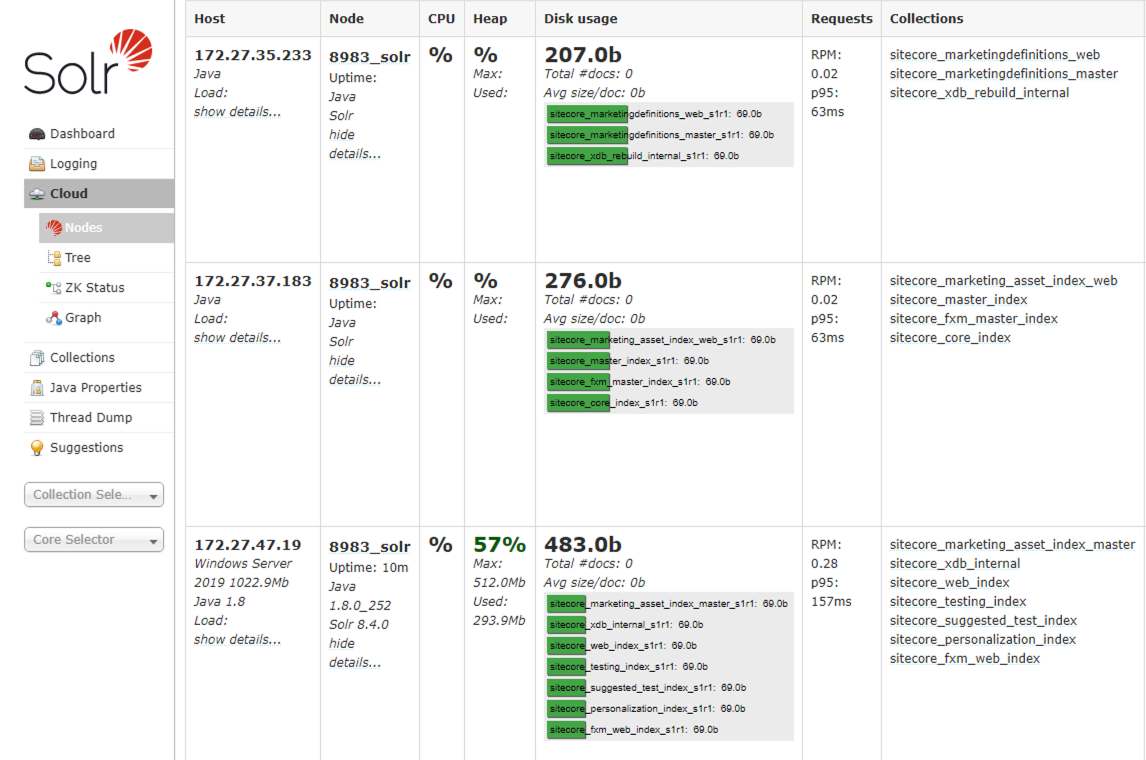 Looking a bit more closely, we can see that our collections are all empty, and no documents are loaded yet.

Once your Sitecore Docker containers are all up and running, you can use Sitecore > Control Panel > Populate Solr Managed Schema to do just that. 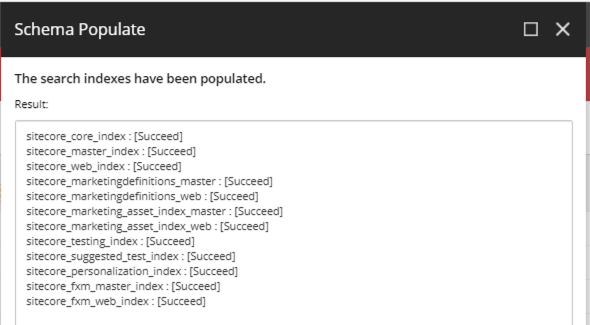 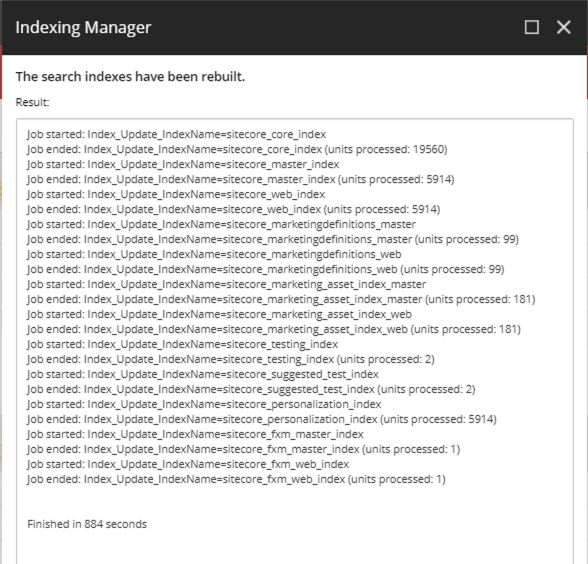 Final status of our SolrCloud#

Back in our Solr UI, we can refresh Cloud > Nodes to see our distributed set of collections nicely populated.

Have fun and come chat to me on Sitecore Slack if you have any questions.